The Atlas Pro Tour is a professional winter circuit organized by the Hassan II Golf Trophy Association since 2010.

This circuit, whose competitions are held in several cities of the Kingdom, includes European satellite tournaments, including the Pro Golf Tour, and welcomes players from Europe, North America, Africa and the Middle East.

The Atlas Pro Tour players take part in professional events and Pro-Ams, at a time when the European courses are impassable and not very sunny.

This itinerant circuit will host national and international professional golfers who will compete on different courses of the kingdom.
The Atlas Pro Tour 2019 is from January to May and on 10 events in Casablanca, Mohammedia, Agadir, Ifrane and Rabat. 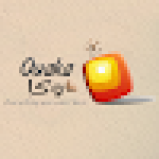